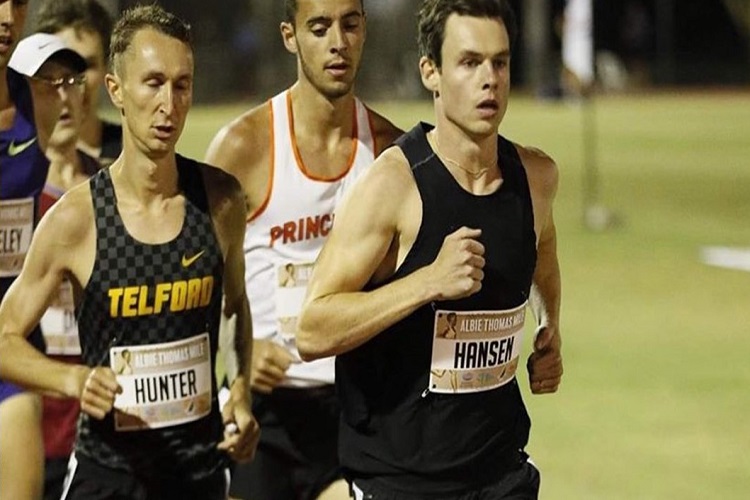 Congrats to James Hansen who finished =1st in the Australian Mile Championships at Bankstown last night. With a huge dive to the line, James drew with NSW’s Rory Hunter to finish in 4:14.60. The season ahead is looking pretty good for James, running a 10km personal best in the Burnie 10 (29:51) in October, before opening his track season by taking out the Victorian 5000m Championships in November with a new personal best of 13:58.85.

In Victoria the Steigen Spectacular was held, with Nick Earl showing some serious speed to snatch silver in a sprint finish in the 10000m event. Nick clocked 29:34.57, just outside of his personal best over the distance. As part of the program, there was a new teams concept introduced which allowed athletes to go into a draft to be selected for sponsored teams. The events were based on an elimination process which produced some great tactics from athletes and entertainment for spectators. Josh Harris & Jordan Tyler both went into the draft and competed in the 3000m for their respective teams.
The Steigen also offered a Men’s 200m which was taken out by Northern Suburbs athlete Jack Hale in a slick 21:07.