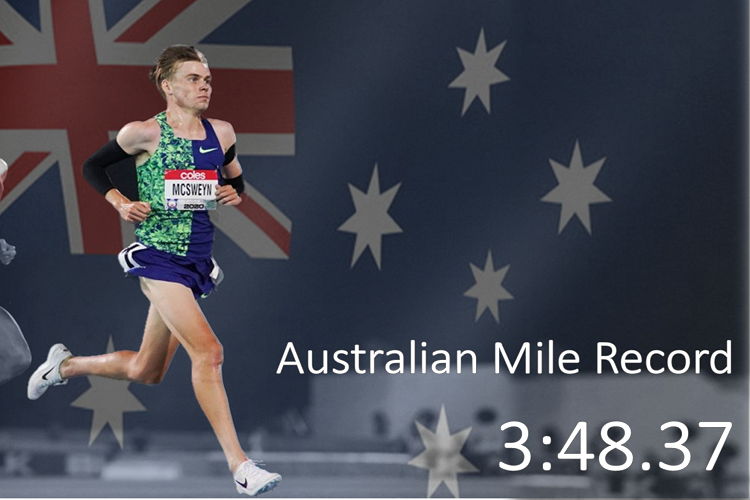 Stewart McSweyn has produced one of his finest performances on the world stage, winning the Dream Mile at the Oslo Diamond League meet in a new Australian (& Oceania) Record and world lead time of 3:48.37.

Stewart will make his Olympic debut in just four weeks’ time in Tokyo, and his lead up to the event could not be better.  In May he delivered a sensational 3:31.57 1500m at the Doha DL meet, which has him placed 3rd on the World rankings for 2021.  This morning’s race in Oslo is not only an all-time best by an Australian, it is the fastest time in the world since 2014 and one of the best times ever produced by any athlete, with Stewart now claiming 22nd position on the World Athletics All Time list.

Stewart set an Australian All Comers Record of 3:50.61 for the Mile in Penguin last December, just outside the previous national record of 3:48.98 which was set by Craig Mottram in 2005.

Under the guidance of master coach Nic Bideau, Stewart qualified for three events at the Tokyo Olympics, the 1500m, 5000m and 10000m, and was rewarded for his incredible results when he was named the Australian Athlete of the Year (able-bodied) by Athletics Australia in April.