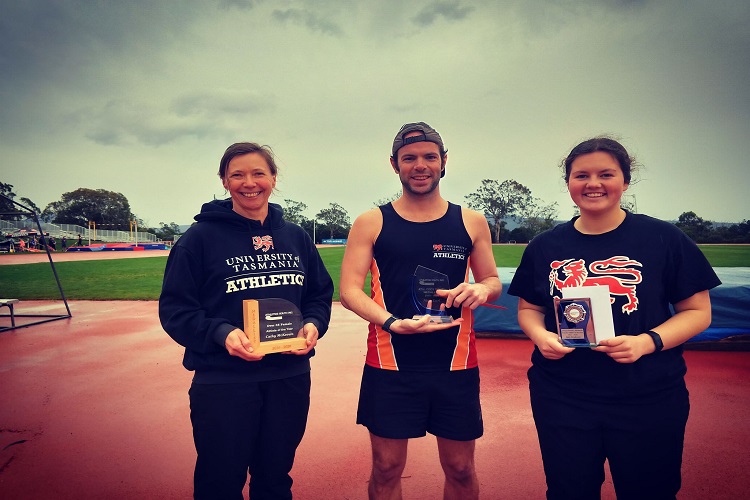 The Athletics South Awards for the 2019-2020 Track & Field season were presented following the Come & Try Day on the 3rd October.

Nick Earl was awarded the Athletics South Medal for the best performance throughout the season. Nick was a regular at Interclub meets in his first season in the state, finishing the season with a set of State Championship medals from the 1500m, 5000m & 10000m events.

Liam Shelton was named the U20 Male Athlete of the Year, with Cathy McKeown winning her third Masters Award.

Indy Brideson was acknowledged for her contribution to the sport by being presented with the Doreen Frawley Award. In addition to her consistent results at Interclub, Indy regularly officiates events and has achieved her Level 1 Coaching accreditation.